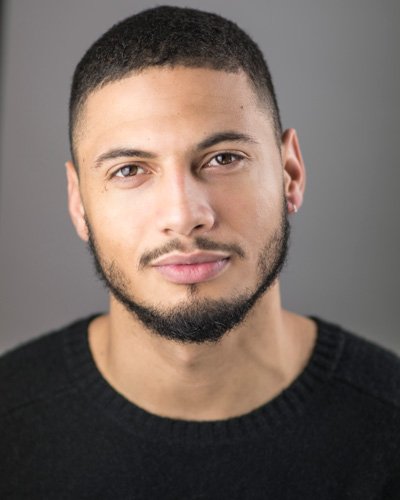 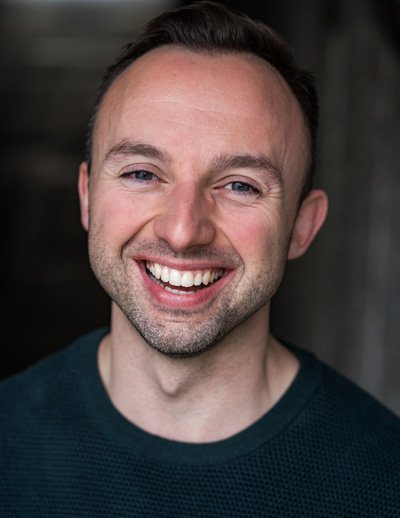 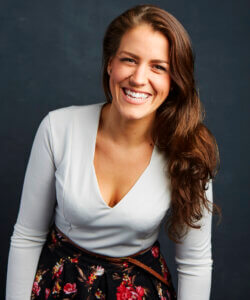 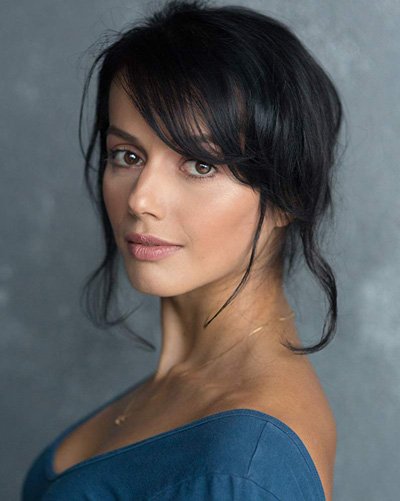 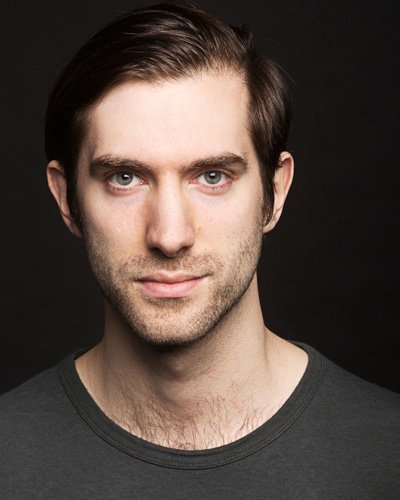 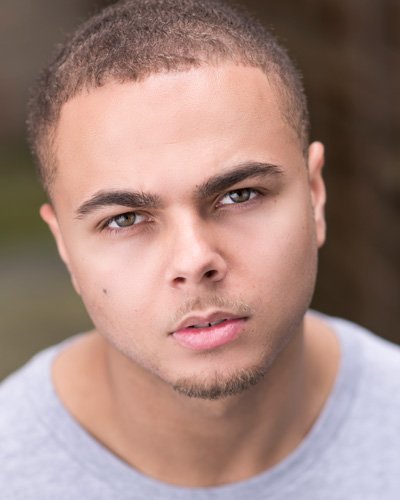 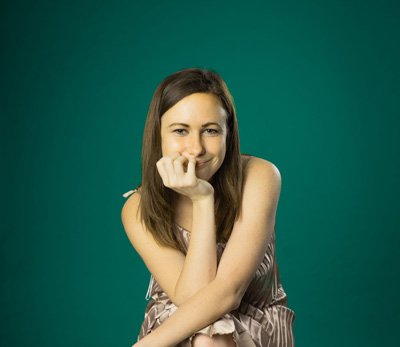 Rusty Penny 2021 - All Rights Reserved
Back To Top

After graduating from the National Youth Theatre in 2014, Aaron co-created comedy sketch duo A-Rob & Dunn which created 12 short form comedy sketches and a 30 minute pilot episode during 2015-2017. Aaron’s professional writing debut came shortly after with Comedy Central’s web-series ‘Unfiltered’ where he both wrote and starred as lead actor in the first season which aired worldwide in 2018.

in 2020 Aaron starred in Comedy Central’s web-series ‘Transaction’ written by Jordan Gray and since then has developed his second comedy project, Homeowners, with production company Merman under producer Joshua Buckingham. This series is being pitched to UK and US broadcasters in 2020.

Aaron’s projects are thematically based around promotion of diverse communities through both satirical and dramatic means. To facilitate this, Aaron also runs production company, Black Swallow, which focuses on dramatic narratives in both long and short form. He produces and writes all creative output at Black Swallow, including a ground-breaking new 8-part docuseries titled, Destinations. This series follows a successful entrepreneur as we retrace the trauma of her past by revisiting each neighbourhood where life changing events took place.

Graduating from ALRA in 2009, Daniel has curated a plethora of credits in film, television and theatre. Having appeared in BBC’s Eastenders as Francis Bolton and the lead in the sitcom Sibi & Dan with Ken Collard, Dan was also in the award winning short film How to be Lonely and Depressed filmed in LA, directed by Scottie Bahler.

Daniel was long listed for the BBC Writers Room 2020 – Interconnected.

Further credits include The Snarling with The Office’s Joel Beckett and Lady Godiva with comedian Tony Slattery.
Daniel has toured the world with The Hollywood Special Effects Show and is the face of a Scouting for Girls music video with Lucy Spraggan.

Daniel’s writing has been showcased at the Sitcomission and has been a guest on BBC Radio with Debbie McGee.

She appeared in sitcom, Jerk for BBC Three, Sunny D, BBC One, on ITV and Channel 5. Maddy was also a regular on Sky panel show, ‘News Thing’ with Sam Delaney. She was also interviewed for BBC Radio 4 Extra’s Comedy Cafe by Iain Lee.

She’s had four sell-out solo comedies at Underbelly, Gilded Balloon, Latitude Festival Main Stage and the Soho Theatre. She was nominated for Leicester Comedy Festival’s ‘Best New Show’ in 2018 as well as Voice Magazine’s ‘Pick of the Fringe’.She had her own self-penned comedy on BBC Radio 4 and she writes for Sketchtopia, BBC Radio 4. Maddy has amassed over 7 million views online for her sketches and has worked with Warner Bros, guests on ITV’s This Morning and BBC Radio 2 and is a regular on TalkRADIO co-hosting with Eamonn Holmes and Jamie East. Maddy is also the face of Sport Relief 2020 alongside People Just Do Nothing’s Chabuddy G.Maddy’s new solo comedy hour opens in January 2020.

Amrita’s first role in her year after graduating from drama school was as ‘Irri’, handmaiden to Daenerys Targaryen in the global phenomenon Game of Thrones. Following her character’s brutal murder, Amrita ‘rose again as queen of Nordic noir’, playing a defence lawyer in the Norwegian noir-thriller series Acquitted. She also received critical-acclaim for her performance in the Oscar-nominated Norwegian film I am Yours, Norwegian-Pakistani writer-director Iram Haq’s autobiographical drama about a divorcee and a single mother caught between two cultures. Variety praised her performance as ‘a naturally warm lead thesp, who gives a literally and figuratively naked performance’.

Amrita is the lead role in ITV’s hugely popular medical drama The Good Karma Hospital, playing a British Asian NHS junior doctor who impulsively responds to an advert for medics to work at a public hospital in the southern Indian state of Kerala. The first series averaged 8 million viewers per episode and, following an equally successful second series, was recommissioned for a third, which ITV has announced will return later this year.

Amrita joined the voice talents of Hugh Jackman, Zoe Saldana Emma Thompson, Stephen Fry and many others in Missing Link, the fifth film from animation studio Laika tells of the charismatic investigator of myths and legends ‘Sir Lionel Frost’ who is on the hunt to prove the existence of a legendary creature. It will be released on April 5th 2019.

Her latest credit sees her performing alongside Russel Tovey in the new ITV Thriller series – Because the Night.

After 5 years being away from stage, Amrita is portraying an ex convict sent back to the UK from America in the critically acclaimed verbatim play: The Special Relationship at Soho Theatre.

Since graduating from Rose Bruford in 2012 Edmund has held a variety of roles across all mediums. His film credits include the ensemble in Les Miserables, a surgical student in Victor Frankenstein with James McAvory and Mr Layton in Oscar-nominated Darkest Hour with Gary Oldman and Lily James. Edmund has an especially strong theatrical background, having performed at both the Wanamaker stage and the Globe, as well as performing in the West End as a lead role in The Mousetrap. He has also toured nationally and internationally in roles in The Picture of Dorian Grey, Twelfth Night and the Hollywood Special Effects Show. Edmund has also written and performed a devised theatre show with his sister, as well as a solo stand-up. He has also acted in various film shorts and music videos, has written and presented for a YouTube comedy channel and he has also been a guest on BBC Radio with Debbie McGee.

Gavin Dunn graduated from The BRIT School for Performing Arts and Technology in 2014 and since then has gained experience in both acting and content creation.

His Theatre debut came with an appearance in Shakespeare’s ‘The Tempest’ performed at the Brighton Fringe Festival with a stand out performance as the character ‘Caliban’. Gavin has appeared in shows such as ‘Small Island’ by the late Andrea Levy at Push Festival London and ‘Chatroom’ by Enda Walsh performed at the White Bear Theatre. He then went on to direct a play with the Illicit Theatre Company entitled ‘Smoking is Good for You’, which was performed at the Spread Eagle Theatre and was a sold out show.

Gavin is now committing to projects both off and on screen, furthering his career in film and television. His latest work comes in the form of a comedy web series entitled ‘Unfiltered’ commissioned by Comedy Central which Gavin has co-starred and co-written. He is currently in the short film ‘Times Get Low’ as a part of the Lift-Off Global Network Film Festival and a member of Maktub Theatre Company, which has just finished a sold out run of their show ‘Alchemy’ at the Bridewell Theatre located in London’s West End.

Laura won the Edinburgh TV Festivals New Talent Award and had her work picked up and produced by Comedy Central. She was also nominated for Manchester Pilot Light’s Best Comedy Award. She performed her ell out show ‘In Hindsight’ last year at Edinburgh Fringe Festival and was selected for Historical Preservation of The Fringe’s Archive by the Museum of Scotland.

She is a Soho Theatre Comedy Lab Plus Alumni and hosted a late night show on 4zzfm in Australia. She gained her first New Act Credit only nine months into stand up and was sent to New York after winning a competition for emerging acts. She has been accepted into BAFTA crew after having work screened at the BAFTA qualifying London Film Festival and has written, directed and acted in many award winning short films.